Home > Success Stories > I Handed in My Notice Before I Found Another Job: Case Study

I Handed in My Notice Before I Found Another Job: Case Study 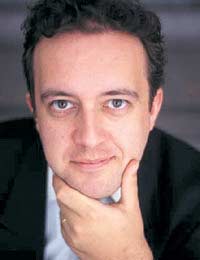 Just because the global recession has created a tough economic climate for many industries and people are being made redundant left, right and centre, it doesn’t mean that people with stable jobs are leaping for joy. For one senior manager, the recession actually highlighted how unhappy he was in his job, and prompted him to make a rather brave decision.

Toby Roberts, 38, from Birmingham, has built up a very strong career in financial resourcing, which is a specialised type of recruitment. Having Been Headhunted from his previous role before the recession, Toby was well aware that his job was very secure, even though his employers were making Redundancies.

Toby explained, “As a senior manager within the HR department, I was lucky enough to be well aware of any changes on that front, and I knew that my job was very safe. The only problem was that I didn’t enjoy it at all! It was a classic case of being told one thing when I was headhunted, but then the actual day-to-day job didn’t really have much in common with what I was sold. I felt rather duped into the role and, if I’m honest, a little foolish as it is my profession, too.”

Job Not What it Seemed

Within six months in the new job, Toby was sure that he had made a mistake, both because the job was not what he thought and because his own manager, the HR director, was very difficult to work with and clearly not going anywhere soon, making any kind of Promotion unlikely for many years.

Toby continued, “The main problem was that, by then, the recession had well and truly kicked in and very few firms were hiring. Although I have an excellent Network Of Contacts, the opportunities just weren’t available, and I was aware that my short time in the new role wouldn’t look good. I had also moved my family in order to be near the new company, and was not in a rush to move them again so quickly. I decided to stick it out for at least a full year.”

Although this sounded like a good idea, Toby had underestimated how difficult he would find spending eight hours a day in a job he didn’t like. He said, “I felt like my boss just undermined me whenever possible, and I was finding it harder and harder to motivate myself to go to work. After a particularly enjoyable weekend with my family, I found myself really dreading going to work, so on the Sunday night I spoke to my wife about handing in my notice.”

He continued, “Although at first she was really worried about how we would manage for money, particularly as she doesn’t work outside the home, we knew that I would have three month's paid notice period and we had enough savings to see us through another nine months, as long as we were very careful!”

Toby handed in his notice the next day. Although it was a dramatic decision, Toby felt that it was necessary in order to maintain his sanity. He added, “I didn’t feel able to start looking for work, I knew that the recruitment market was pretty stagnant, but I also knew that I would be getting more negative and depressed the longer I stayed in the job.

"Handing in my notice gave me a real push of positivity, and the boost I needed to contact people in my network about possible opportunities. As it’s turned out, there are a few potential leads and, having followed my instincts by handing in my notice, I feel better equipped to find a role that is more suited to my skills and career development potential.”

No matter what the reason is for leaving your job, you need to handle your resignation professionally. For advice on the best way to deal with this often delicate situation, read our article How To Resign.