The Recession Helped Me Succeed in My New Career 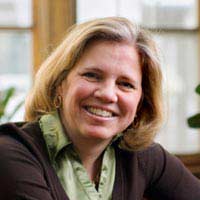 Although the recession has proved to be a very difficult time for many thousands of people, for Mary Stone it has brought an exciting set of challenges.

As a life coach and careers advisor, Mary, 42 and from Southampton, has found that the number of people made redundant or looking for new meaning in life has meant that she is busier than ever!

Becoming Her Own Boss

Mary told us, “I originally trained as an HR manager after completing a sociology degree and I worked my way up from HR assistant in a large banking corporation in the City. I was very proud of the career I had achieved but, after I had my two children, I found the long hours, stressful demands and constant worry about targets and performance too much. I wanted to spend more time with my children and resented paying a childminder to look after them when I wanted to be doing it myself!”

She continued, “I decided to retrain as a Life Coach and combine it with my HR skills in career development and personal development training. I set up a small, predominantly online business from my home in Southampton and saved myself a long commute each day, not to mention being available for my kids and never missing an important school event.”

This continued for a few years, with the business building slowly but not reaching the same financial rewards Mary had previously enjoyed. She commented, “Although I was far happier in my new job and I loved being my old boss, I did start to miss the camaraderie of working with different colleagues. I was also earning less than half of what I’d previously earned, which was Okay but the budgeting was wearing a little thin!”

As the recession started to impact on Mary’s business and many others up and down the country, she felt as though she may need to return to employment as it looked as though her husband, a civil servant, may be made redundant. This situation all changed following a call from Mary’s old boss.

She told us, “The bank where I used to work had been able to stay relatively strong through the recession, but still had to make a number of people redundant and reorganise quite a few departments. My old boss got in touch to ask if I’d be interested in working with them on an interim basis to help advise those made redundant in finding new work and improving their potential and to help some of the new teams in finding effective ways to work. Of course, I jumped at the chance! It meant I was able to Work From Home three days a week but travel up to London for two days, with one night in a hotel. The rate was far better than I could have hoped for and it gave me back some of the buzz I’d enjoyed about working in an office, but with the flexibility and freedom I love.”

This terrific set up is likely to continue for a further three months as the reorganisation continues, and Mary is working hard to Network with other potential clients to continue to offer this service across the financial services industry.

Keeping your Job in a Recession

Although there's no magical spell to ensure you aren't made redundant, there are proactive things that you can do to improve your changes of staying in employment. Find out more in our article Keeping Your Job In A Recession.