I Had a Great Idea for a New Business 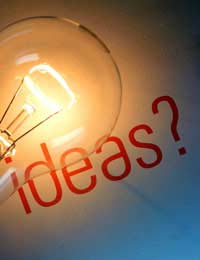 For some people, a career change presents itself and they just can’t shake it off. This is what happened to Marie Simons, 32, when she was on maternity leave from her job as a sales manager for a large retail chain.

Marie told us, “I was on maternity leave with my second child and I realised how much easier, and cheaper it was having my second child compared to my first. I already had all the equipment and my house was already baby proof. Although I enjoyed my job as a Retail Sales Manager, I wasn’t really relishing the idea of going back to work and paying a childminder to look after both my children.”

Marie attended a number of baby and toddler groups and, during her maternity leave, did not take her first child, two-and-half-year-old Bethany, to the childminder.

Marie continued, “I was really exhausted with a toddler and a baby to look after, but I still preferred looking after the children myself to going back to work. I needed to earn some money, although not as much as I had been if I was not going to pay for a childminder. Luckily, my husband is also well paid, so I could afford to take a pay cut.”

The Expense of a New Baby

It was during one of her regular mother and baby classes that Marie got talking to another new mum, who said how expensive she had found buying all the necessary equipment and that she was only going to have one child. Marie remembered how much easier it was second time around.

She told us, “I knew of some new mums that had sisters or other family that would share baby clothes or equipment, but I didn’t have anyone to do that with. I also knew about charity shops and online auction sites, but somehow it doesn’t feel very special to buy baby stuff from there. Also, you don’t know whether it’s just been sitting in a garage for ages.”

Not long after this meeting, Marie saw an empty shop on her local high street with a notice from the landlord to say it would have a reduced rent for local businesses.

Marie continued, “That was my light bulb moment! I wrote the number down and decided there and then that I would open a shop for high quality, totally traceable baby goods, both new and second hand. I wanted it to seem like a ‘sisterhood’ kind of thing, rather than too much like a charity shop.”

Marie quickly got the shop up and running as she had a great deal of support from the local maternity services and classes she attended. Her background in retail management meant that she could move quickly, pitch to suppliers and Set Up Bank Funding.

Marie concluded, “I am so proud of the shop – it’s very quality focused, but also totally affordable because many people buy something from us second hand and then bring it back when they’ve finished. We only stock very high-quality items and professionally clean them in between uses. I’ve also used my retail contacts to be able to stock end-of-line items from major retailers, making the new items really affordable, too.

"We’ve got a lovely Italian coffee machine and play area in one corner, too, with a registered childminder in full time, so my children can be with me and it gives other mothers a break. I’ve had great feedback from the local mothers and I can’t imagine going back to work for someone else again!”

If you are passionate about something, you really can turn it into a career change. Find more inspiring tales in our Success Stories Category of this site.